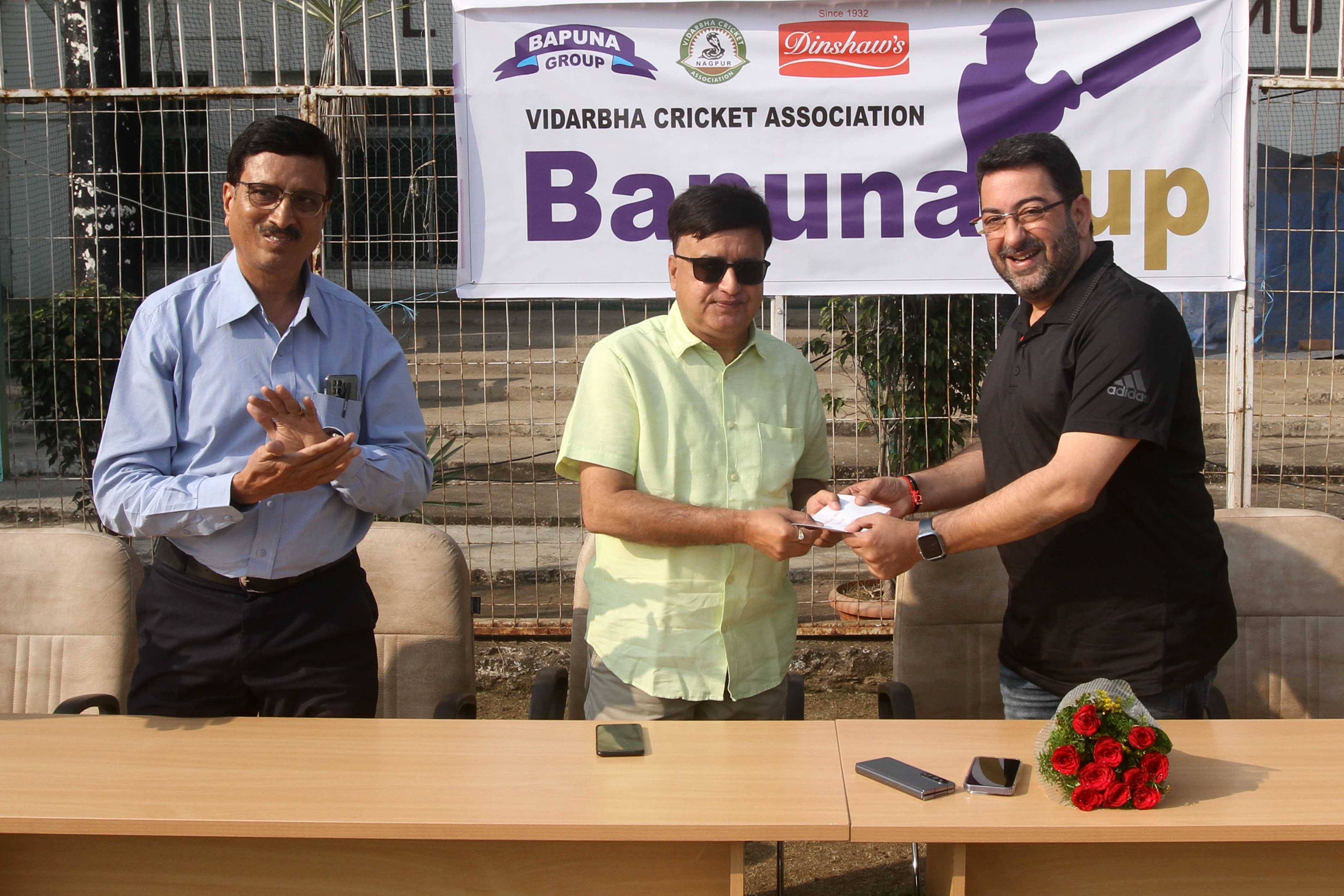 Bapuna XI chased down Maharashtra CA’s tally of 341/8 with three balls to spare in a high-scoring league match of the U-25 Bapuna Cup (One-Day), played at the VCA Civil Lines ground on Monday (Oct 31, 2022). The visiting team from Maharashtra rode Harshal Kate’s 104 (98 balls) and Ranjit Nikam’s run-a-ball 68 to post a mammoth tally of 341/8 in their allotted 50 overs. Bapuna XI, however, chased down the target with three wickets and three balls to spare. Nayan Chavan made a splendid 96 off 98 balls for the home team.

In Monday’s other match, played at the Jamtha Stadium, Dinshaw’s XI carved out a narrow two-run victory over Baroda CA’s U-25 team. Prerit Agarwal 106 (106 balls) and Aniruddha Choudhary 82 (99b) shared a big partnership as Dinshaw’s XI posted 278/7 in 50 overs. Baroda batsmen made a bold attempt to chase down the target with Harsh Desai 66 (87b) and Manan Solanki 65* (61b) leading the charge but Yash Kadam (4/39) and Sanmesh Deshmukh (2/48) bowled splendidly to squeeze out a narrow victory.

The opening match of the tournament was played between Bapuna XI and Baroda CA. Bapuna XI got off to a winning start by posting a six-wicket victory.

1st Match between: Bapuna XI vs Baroda C A

2nd Match between: Bapuna XI vs Maharashtra C A

3rd Match between: Dinshaw’s XI vs Baroda C A